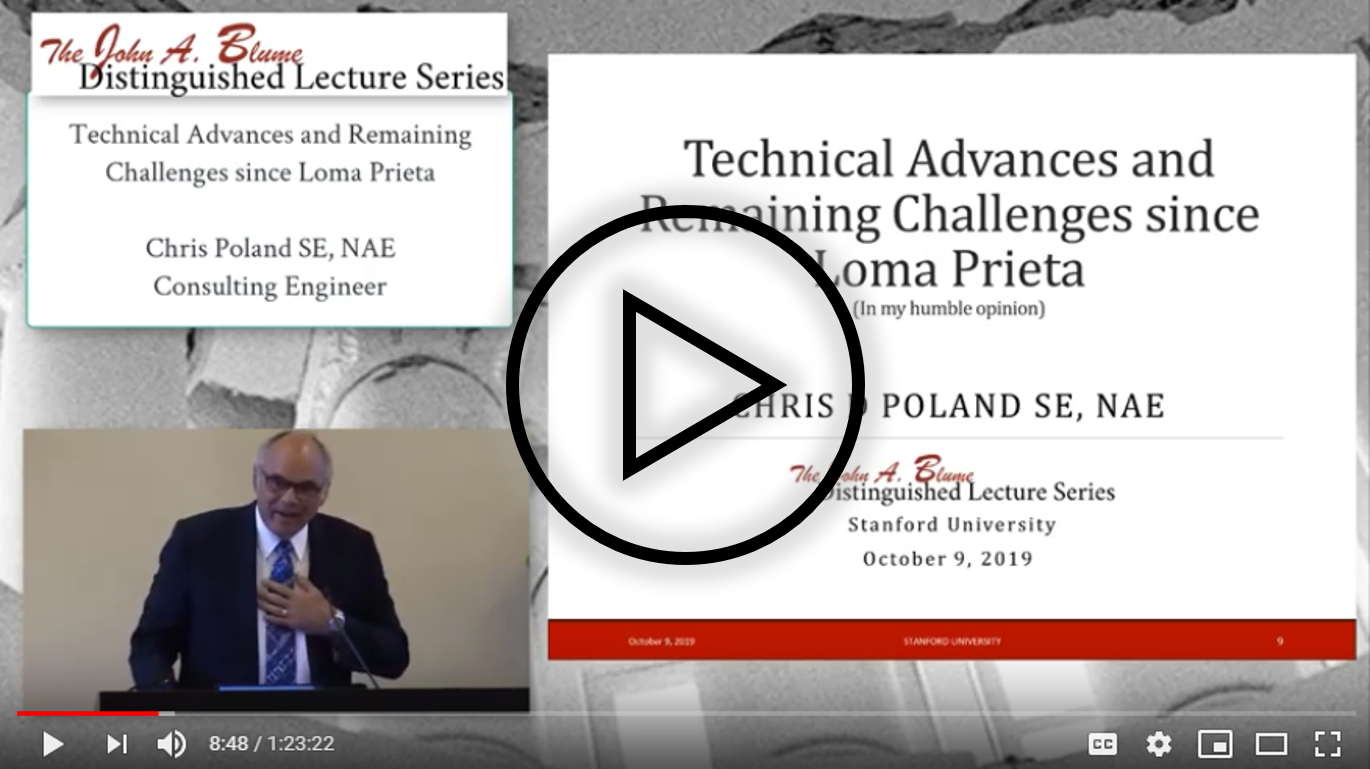 The 1989 Loma Prieta Earthquake caused damage throughout the Bay Area, highlighting the impact of local geology and soil conditions, the vulnerability of structures to strong ground shaking, the need for coordinated emergency response, and the challenges of recovery. Stanford University was greatly affected by the earthquake and provided a rich case study in repair, retrofit and setting seismic design criteria that would lead to a more resilient future. The rapid-fire combination of the 1989 Loma Prieta and 1994 Northridge Earthquakes stimulated widespread seismic hazard mapping, the expansion of the statewide network of strong motion recording stations, and the production of near real time shake maps and supporting data. Advanced research into the performance of new structural systems and historic materials, aided by the development of advanced computational methods has led to refined techniques for designing structures to perform in predictable ways.

Prior to Loma Prieta, many earthquake professionals knew that the San Francisco Bay area was vulnerable to significant earthquake caused damage, social disruption, and economic chaos, but this was not communicated to decision makers and the public. This failure to communicate and achieve a systematic mitigation program is fundamentally due to a lack of a common message from the earthquake professional community and a serious disconnect between the consensus views of the professionals and the community decision makers on what levels of risk are acceptable. Since then, seismic mitigation programs have been implemented for California’s hospitals and highway bridges, and community resilience programs have been proposed and are being implemented in San Francisco, Los Angeles and other cities. One of the keys to community resilience is the development of functional recovery standards for buildings and infrastructure systems. It is an ongoing activity, the success of which will depend on the ingenuity, persistence, and collaboration of earthquake professionals and community leaders.

Sponsored by
the John A. Blume Earthquake Engineering Center at Stanford University
blume.stanford.edu