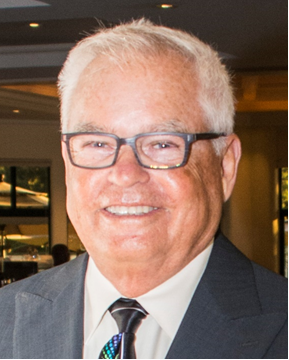 Christopher Rojahn, a registered Civil Engineer in California, served as Executive Director of the Applied Technology Council (ATC) from 1981 to 2015 and is currently serving ATC as Director Emeritus.  During his 34-year tenure as Executive Director, Mr. Rojahn served as Principal Investigator/Project Manager/Senior Advisor on more than 100 major research and development projects involving earthquake and natural hazard mitigation issues, including development of: earthquake risk mitigation strategies for urban areas; earthquake damage and loss evaluation data and methodology; methods for the seismic vulnerability assessment of buildings, bridges and other lifeline structures; methods for rapid and detailed seismic capacity evaluation of buildings; guidelines for the seismic rehabilitation of buildings; and procedures for post-earthquake safety evaluation of buildings.  He has also led numerous workshops on various technical issues related to the seismic design and performance of buildings, bridges, and other structures.

Mr. Rojahn has testified before the U. S. Congress and has advised the White House Office of Science Technology Policy on issues relating to earthquake hazard mitigation.  He has also served in leadership capacities on a variety of National Science Foundation (NSF)-funded programs, including the Board of Directors of NEES Inc., the organization that managed and operated the initial 5-year Network for Earthquake Engineering Simulation (NEES) program in Davis, California, and the Governance Board of NEEScomm at Purdue University, the organization that managed and operated the second 5-year period of operation of NEES.

Prior to joining ATC, Mr. Rojahn served as a Research Civil Engineer for the Seismic Engineering Branch of the U.S. Geological Survey (USGS).  His work there focused primarily on the acquisition and analysis of earthquake strong-motion data from instrumented structures as well as the development of methods for instrumenting buildings and bridges.  While at the USGS he also participated in post-earthquake investigations in California, Hawaii, Argentina, Nicaragua, Romania, and the Soviet Union.

Mr. Rojahn is currently a member of the Earthquake Engineering Research Institute and the Structural Engineers Association of Northern California.  He also currently serves on the Board of Trustees of GeoHazards International in Menlo Park, California, and on the Board of Advisors of the STRAAM Group in New York City.