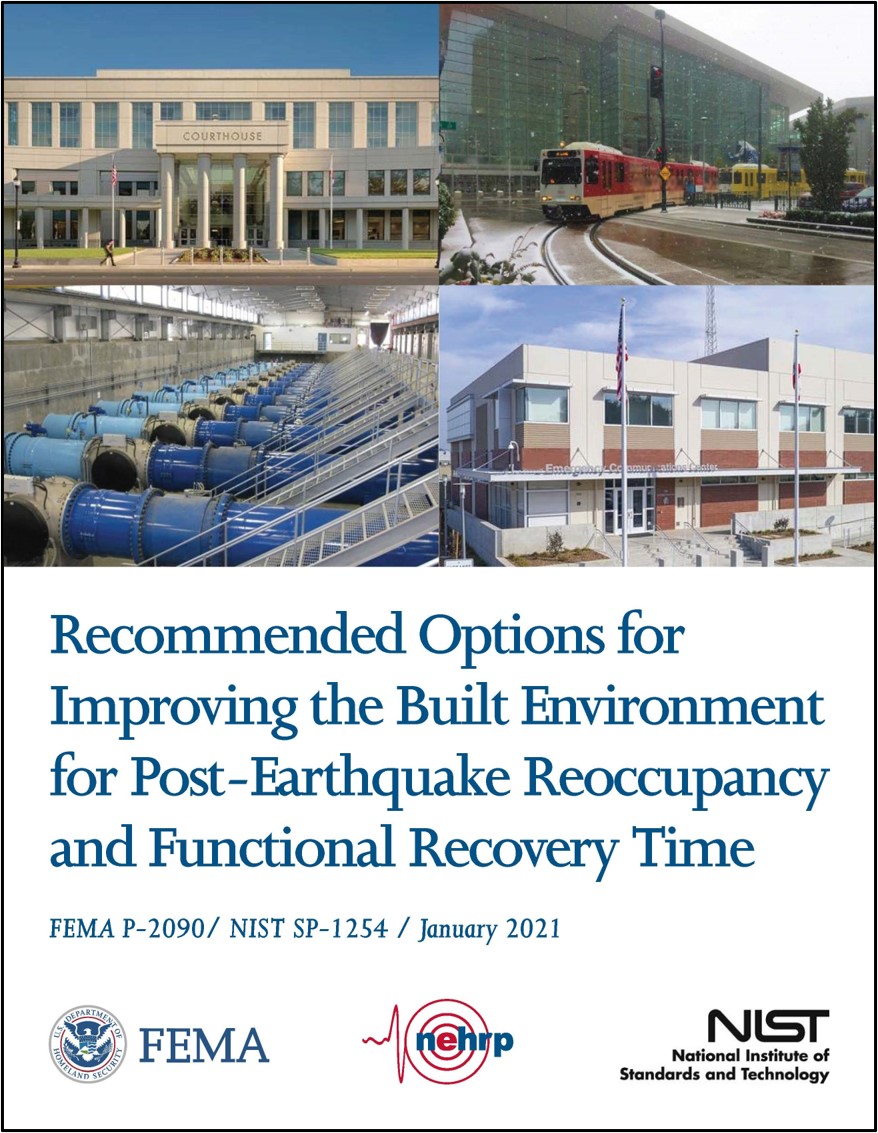 Bill Coulbourne, ATC Director of Wind and Flood Hazard Mitigation, deployed to Tuscaloosa, AL with a team sponsored by the National Science Foundation (NSF) and led by Dr. David Prevatt of the University of Florida. Dr. Prevatt and the other university researchers focused on the performance of wood frame buildings with the expectation to discover ways to improve wood frame buildings when impacted by tornadoes with lower wind speeds (EF0 to EF3). The team was able to investigate the failure mechanisms of approximately 150 buildings along a 6 mile long track of the tornado. The information collected will be used to determine how the building structures might be improved to allow people to stay alive in their homes during a tornadic event.

The picture below shows an apartment complex damaged with what the team believes was a tornado strengthened to an EF5 category (the most severe with wind speeds at or above 200 mph). There were several fatalities reported here. The buildings were built in 2010. This site is expected to be studied in order to learn how to build buildings that survive tornadoes weaker than EF5. 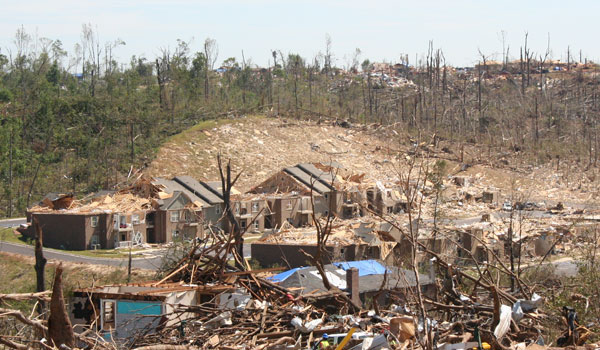 The next picture shows a residential structure damaged by tornado wind speeds equivalent to an EF4. A couple and their dog survived this severe damage by huddling in the center of the house. When the storm passed,  several walls collapsed on top of them seemingly saving all three of them from severe injury as the rest of the house was demolished. While there was a below-grade cellar just behind the house, the occupants never had the chance to get into the cellar for more protection. 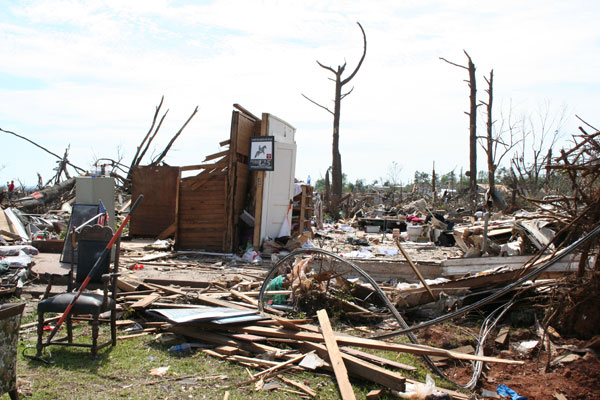